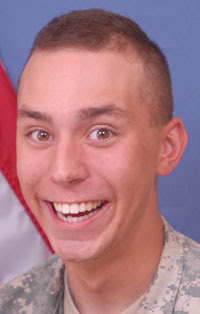 PV2 Colman J. Meadows III, 19, of Senoia, Georgia, a 2007 graduate of Northgate High School. He was known to everyone as Joseph.

He joined the Army on January 22, 2008, and took his basic training at Fort Leonard Wood, Missouri. Currently he was assigned to Military Intelligence as a special electronic devices repairer as part of the 2nd Battalion, 2nd Infantry Regiment, 3rd Brigade, 1st Infantry Division, based at Fort Hood, Texas.

Deployed to Afghanistan, he died at Forward Operating Base Ramrod, Afghanistan, of injuries sustained from a non-combat related incident.

His awards and decorations include the National Defense Service Medal and the Army Service Ribbon. 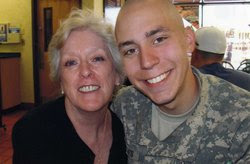 Posted by Terri Rager-Campbell at 2:52 PM