J.P. as he was known, joined the Marine Corps in 2006. He deployed to Iraq in 2007. He was serving his second tour of duty. He re-enlisted after serving in Iraq.

WEST CHESTER, Ohio — A Marine killed in Afghanistan on Sunday was from southwest Ohio, the Department of Defense said Monday.

Military officials said in a release that 25-year-old Sgt. John P. Huling of West Chester, who was trained to dismantle bombs, died in Helmand province. They said he was killed by gunshot wounds inflicted by a person wearing an Afghan National Army uniform. Officials are investigating his death.

Deborah Huling of West Chester told the Cincinnati Enquirer her son was killed while on foot patrol and was ambushed by a man who appeared to be an Afghan military policeman. She said Huling suffered a gunshot wound to the chest. He was flown to a hospital, where he later died, she said.

John P. Huling enlisted in the Marine Corps in 2006. He deployed to Iraq in 2007, and was on his second combat deployment. He was an explosive ordinance disposal technician, assigned to the 7th Engineer Support Battalion, 1st Marine Logistics Group at Camp Pendleton in California.

Deborah Huling said her son, who had recently graduated from ordnance disposal school, wasn’t supposed to deploy to Afghanistan until October, but went early because of losses in his unit. His mother said he had reservations about going overseas this time.

“He was worried because he hadn’t finished his training, and he didn’t feel like he would be prepared to be over there,” she told the Enquirer.

Huling was still undergoing additional training when he was called to deploy, his mother said.

“He was brave and selfless and gave his life for his country so everybody could enjoy the freedom that we live now,” she said.

John P. Huling grew up in West Chester before attending Moeller High School in Cincinnati. He also attended culinary school at Cincinnati State and Technical Community College, but left to join the Marines.

He is survived by his wife of two years, Priscilla; a brother who also is a Marine, a sister, and a 12-year-old niece, his mother said.

“I am so proud of what he became, what he stood for, what he endured,” his mother said.

JP leaves behind his loving wife Priscilla Huling and his parents John and Debbie Huling.

Posted by Terri Rager-Campbell at 10:34 AM No comments:

"Tommy," as many people knew him, leaves behind his parents, his wife, and two young children, one 2-years-old and one 5-years-old according to family friends. The Defense Department says the paratrooper was killed in Ahmad Kheyl, Afghanistan when enemy forces attacked his unit with an improvised explosive device or IED.

He was a graduate of Alameda High School, Class of 2000. Margie Sherratt was his counselor at Alameda High when he was a freshman and sophomore. She's now president of the Alameda Board of Education. "I would want his family to know that as the education community, we are very proud of him and he did for us for our country," she said.

Sherratt says she found out about Fogarty's death at the nearby Safeway where his mother worked for 22 years. Many employees there watched him grow up. "This is a tragedy and from the bottom of all of our Safeway employees hearts, our hearts go out to them, and we just send our love and our prayers. And anything we can do, feel free to let us know," Trina Carr said.

"My sons were young and I also lost my wife young, but he would always ask me how my family was doing and how my boys were doing. Every time I saw him, he was always concerned about me and my kids," Philip Davis recalled.

Fogarty is described as non-selfish and independent. Friends say he was on his third or fourth tour in Afghanistan and that if he had made it home, he would have soon been leaving the military.

The Alameda High School graduate was posthumously awarded the Purple Heart and the Bronze Star Medal, which recognizes heroic service or meritorious achievement. He will be buried at Arlington National Cemetery.

Army Staff Sgt. Thomas K. Fogarty was killed in action on 5/6/12.
Posted by Terri Rager-Campbell at 9:15 AM No comments:

MSgt Childs was assigned to the Defense Logistics Agency, Fort Belvoir, Va.; died May 4, 2012 in Bagram, Afghanistan, of a noncombat illness. 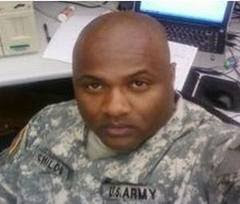 Sergeant Childs was born April 12, 1974, the son of the late Nathaniel Jones and Eula Mae Childs. He was a student at Hampton Elementary School and graduated from Warren High School in 1992. He attended the Zion Baptist Church, North Warren during his youth. 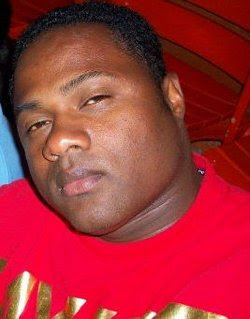 Sergeant Childs served with honor for twenty years. He made significant contributions during his deployments to Bosnia, Germany, Columbia and two tours to Afghanistan. He was a vital member of the International Securities Assistance Force Command and excelled through the ranks.

Army Master Sgt. Gregory L. Childs died May 4, 2012 of a noncombat illness.
Posted by Terri Rager-Campbell at 9:59 AM No comments: