Inman's death marks the sixth loss this year of troops with ties to Montgomery County. A total of 13 troops, either from Montgomery County or with ties to the county, have been killed in Iraq and Afghanistan in the War on Terror. Inman’s mother lives in Round Rock. He is the winner of the Bronze Star Medal and numerous other military awards and decorations.

Inman's uncle, 70-year-old Herman Dicus of Corpus Christi, said family members have heavy hearts. They're "kind of tore up," he said. "It's sad. I knew what he went through," said Dicus, who spent 20 years in the Navy, including five tours in Vietnam.

"This is such hard news," said Ron Loftin, of the Rivershire subdivision in Conroe, a former neighbor of Inman's. "God bless him and the other members of his unit. He made the ultimate sacrifice. "He did it, not for himself, but for the rest of us. That's the kind of guy he was."

The family left Rivershire when Inman was stationed at Fort Hood. His neighbors and friends had a small neighborhood barbecue before they left.

"One of the things he said before he left was he hoped that his next tour would be just as safe and he would come back soon," Loftin said about Inman previous tour in Iraq. "I pray for his wife and his children and the other members of his family." The Department of Defense listed Inman's address as Panorama Village.

Inman served two tours in Iraq totaling 19 months before briefly leaving the Army. He quickly reenlisted and shipped out for this final tour in Iraq in November.

"His wife didn't want him to stay in, so he got out for about one month and then got back in," said Herman Dicus, Inman's uncle, who lives in Corpus Christi. "He liked ROTC and school. He liked it enough to go into the Army."

Inman didn't like civilian life, neighbors said. "He loved service life," Rivershire neighbor Betty Knauf said. "He missed it when he got out, so that's why he got back in."
Rivershire neighbor Buddy Gorski saw Inman in early November, when Inman stopped by his house with another soldier before they were deployed.

"I couldn't say anything bad about him," Gorski said. "He was a great guy. "I'd be in the front yard doing something and he'd come over and help me. I never had to ask him."

The "ultimate dad and friend," as friend Krysti Kruse described Inman, was always talking about his wife, children and his dad driving tanks.

"One of the first times we met, he showed me pictures of his family and told me how he met his wife," said Kruse, of Montgomery. "He was so in love with her."

"She played volleyball and softball for Oak Ridge," Tingle said. "She came back and taught for us and then taught at Conroe."

Shannon taught in Conroe from 1997-2000 and previously taught swimming, volleyball and softball in Klein. She coached volleyball at Montgomery High School during the 2005-06 school year.

Friend Greg Landrum, of Montgomery, met Inman while attending a MHS softball game. His daughter played on the varsity team.
"His family meant everything to him," Landrum said. "He'd do anything for you. He was just a great all-around guy."

The Inmans first left Conroe in 2001 for Colorado Springs, where Shannon became the head softball coach and assistant volleyball coach at Wasson High School.
According to Tingle, Shannon was an intense and very aggressive athlete while at ORHS. "Rowdy was just the most wonderful guy, very supportive of Shannon and her coaching," Tingle said.

Inman was commissioned as an officer in the SHSU ROTC program in spring 2000, according to www.shsu.edu. The uniform he wore while serving in Desert Storm was on display in 2002 at the "ROTC: Celebrating 50 Years at Sam Houston State University" exhibit.

The last time Benny Bennett saw his high school classmate Rowdy J. Inman was 12 years ago during a trip to the grocery store, but the short conversation the two shared will stay engraved in his memory forever.

"His name says it all," Bennett said. "He was a bit rowdy, a lot of fun and probably one of the coolest friends a guy could have in high school. I'll never forget him. We had so much fun."

Bennett said in 1984 he had an opportunity to travel with Inman and other NJROTC members to a boot camp in Orlando, Fla. The group also had a chance to visit Disneyland.

"Rowdy and I had such a wonderful time," he said. "It was like we were little kids again, getting on all of the rides and enjoying the place."

Over the years, Bennett and Inman lost touch, but the two had a chance to catch up during a trip to the grocery store 12 years ago.

"We basically caught each other up on where we were with our lives and wished each other the best in the future," Bennett said. "I would've never guessed that would be the last time I would talk to him."

FORT HOOD, Texas — Two decorated soldiers stationed at Fort Hood, one from Texas and the other from California, died in combat in Iraq, the Department of Defense announced Dec. 28.

Inman, of Panorama Village, Texas, was a recipient of the Bronze Star Medal and numerous other military awards and decorations.

Among the military awards and decorations earned by Portell, who was from Bakersfield, Calif., was an Army Commendation Medal.

Both soldiers were assigned to the 3rd Squadron of the 3rd Armored Cavalry Regiment, headquartered at Fort Hood. 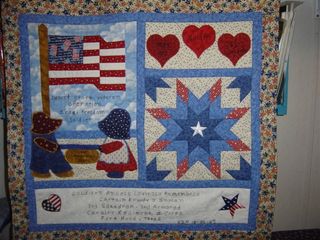 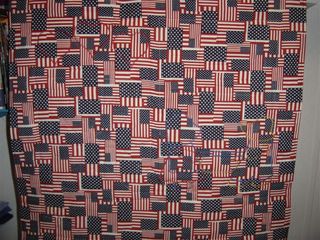 My name is Ghary Dosky and i was CPT Inman's Translator that day when he was KIAed i was shot in the left hand palm right after the Iraqi Soldier shot him , and then there was fire all over the place by this soldier named Qaisaer al Jubbori , it was a great honor to have worked with a guy like CPT Inman and all of Ironhawk Troop .
May he rest in peace and may god reward him for the blood he shed in the line of Duty ,Amen .

It has been 11 years today since my son was KIA. So the last weeks of the years are the hardest to live thru.. Each day is some reminder of Rowdy not being here. He was killed on the 26th we found out on the 27. The next few days were filled with calling people and answering the phone and people coming over to the house. Due to him being flown into Ft. Hood and the Presidents fighter jets were on stand by at the same airport, the arrangements made earlier had been changed to accomadate the President. He was always a showy type of guy anyway why not in his hour of death. We were met by the Patriot Guard as they were staging just off the post as we were entering the post. There was hundreds of men and women there for Rowdy. The Captain that came to inform me of my sons death told me that it would take 2 weeks before we could get him back home. I told her that was not acceptable and was not going to happen I want him home now or at least in a week well he was home within 6 days of his death. Then the funeral was 3 days later and it was standing room only into the parking lot. Still missing him as if it just happened.