CPT Frank is survived by his wife Laurel and their two year old son Alex.

These Classmates were both raised in Detroit, graduated from West Point together, died together, and were buried together.

"Grip hands - though it be from the shadows"
The Corps

Posted by Terri Rager at 1:42 PM No comments:

William Edens became a college graduate, an Army lieutenant and a newlywed, all in the space of four months.

When he went to Iraq, his wife, Christina, was finishing medical school.

"I'm sure that leaving her was one of the hardest things he'd ever done," said 1st Lt. Joshua Grenard, a classmate.

Edens, 29, of Columbia, Mo., was among four soldiers killed April 28 by a roadside bomb in Tal Afar. He was based at Fort Lewis.

Edens worked for a while after high school before going to a community college, where he became student body president. At the University of Missouri-Columbia, he studied Russian and military history and led his ROTC team to two back-to-back regional championships in the annual Ranger Challenge.

Edens had a dimpled smile and was known for keeping his college classes in stitches, including with an Arnold Schwarzenegger impression.

"I'm looking through old pictures, and he's always front and center with the biggest smile, hamming it up," said longtime friend Chris Luppen. "He was just well-loved by everybody."

Cpl. Cannan was killed as the result of the detonation of an improvised explosive device while conducting combat operations in Ar Ramadi, Iraq. He was assigned to 1st Battalion, 5th Marine Regiment, 1st Marine Division, I Marine Expeditionary Force, Camp Pendleton, California. As part of Operation Iraqi Freedom their unit was attached to a 2nd Marine Division, II Marine Expeditionary Force (Forward).

Cpl. Cannan, was one of two soldiers who died when a bomb exploded near their Humvee in Ramadi. Cannan was a 2001 graduate of Lowville Academy, 60 miles northeast of Syracuse.

Cannan had worked part-time in the maintenance department at the Lewis County Courthouse until enlisting in the Marine Corps in September 2001.

“He was close to a lot of people here,” said Frank J. Archer, a maintenance worker at the courthouse. “Matt wasn’t just a co-worker; Matt was a friend. He always gave 110 percent, no matter what he did. Matt liked everybody, and everybody like Matt.”

Cannan, who last visited the courthouse in the fall, recently volunteered for a third tour in Iraq so fellow Marines with wives and children wouldn’t have to go. “He was always thinking of someone else,” Mr. Archer said.

CWO2 Prather died in Ghazni, Afghanistan, when the CH-47 helicopter he was on crashed. He was assigned to the 5th Battalion, 159th Aviation Regiment, 12th Aviation Brigade, Giebelstadt, Germany.

Prather, a chief warrant officer, had served a year in Iraq and went to Afghanistan in February. He joined the Army in 1992 and planned to make the military a career.

Prather had served as a medic before he was trained as a helicopter pilot in 2001.

CWO2 Clint J. Prather, 32, was a native of Cheney, Wash., and enlisted to serve as a combat medic in the Persian Gulf War. He served in South Korea and later in Fort Gordon, Ga., where he met and married his wife, Irene.

His awards include the Meritorious Service Medal, two Air Medals, the Army Commendation Medal and a posthumous Bronze Star.

Prather was “a charismatic joker” who “had a way of commanding a room,” Wilhelm said. Chief Warrant Officer 3 John Sims said Prather could have transferred out of the unit after serving a stint in Iraq, but volunteered to stay on, knowing it was headed for Afghanistan. 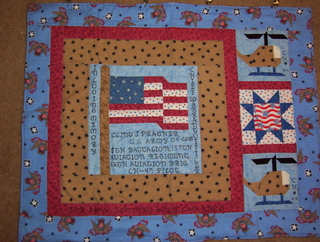 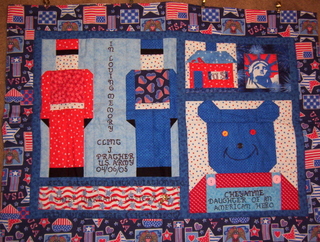 Larger Image
Posted by Terri Rager at 8:14 PM No comments: